GPXPDF
The ravine called “barranco de Ruíz” comprises an area of 95.6 hectares and forms the border between the municipalities of San Juan de la Rambla and Los Realejos. In 1994 it was declared “site of scientific interest” according to the Canary Islands Natural Areas act.
The scientific and conservationist interest of the area arises due to the natural elements and varied vegetation present here in form of laurel forest and thermophile forest, and also due to the rock-dwelling communities that still remain here.
With this trail we want to connect this emblematic site of the natural environment of Los Realejos with the rural world of Icod el Alto, the historic town centre of Realejo Bajo and San Agustín, one of the town’s vital districts. This is where the hike finishes and where the visitor will be able to find cultural, leisure and recreational centres, a shopping area and a large number of cafés, bars and restaurants.
Also in San Agustín is the shrine of Our Lady of Mount Carmel, perpetual honorary mayoress of Los Realejos and patroness of the Orotava Valley, which is a place of regular Marian pilgrimage.

Close to the point where we set out used to be the land that María de Abarca gave to Francisco de Ruíz in 1520 and from whom the ravine receives its name. 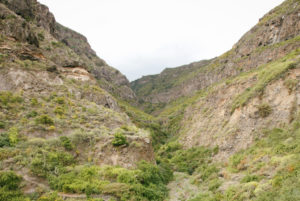 With its three main branches and a side branch this is one of the largest Canary madrones of the islands. Its brittle bark breaks off in large chunks, as is common for this species. Two more of these trees stand nearby. They stand about 100 metres away from the “Casa de La Fajana”. They can be reached via a trail down to the “Barranco de Ruiz” gorge from calle La Fajana in Icod el Alto. 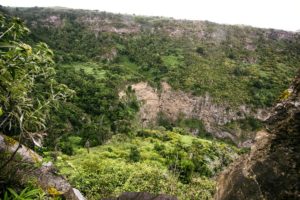 The place name “La Fajana” which can also be found in other parts of the municipality and on the Canary Islands in general, refers to level grounds at the foot of slopes or scarps that are formed by sediment falling down from the heights of those slopes. 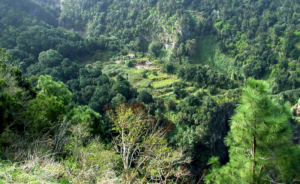 The washing places of the Castro ravine are interesting, communal washing places which were used by locals using the excess water from the nearby waterfall 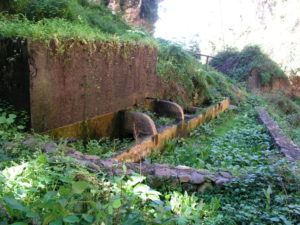 Crosses on The Way

The many crosses encountered along the way were placed in spots that are difficult to pass and constitute an expression of popular faith with which those hard to access places are sacralised. 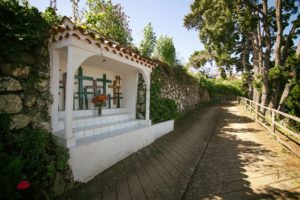 The Estate of “La Pared”

The La Pared estate used to belong to the Castro family on the land obtained after the island’s conquest. According to Viera y Clavijo it was on this land where in 1622 the first potatoes of the Canary Islands were cultivated. 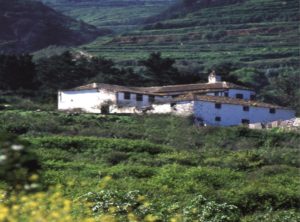 The Museum of “Los Alzados”

The museum “Los Alzados” is situated in the Centre for Compulsory Education of La Pared. It is the fruit of an initiative initiated by locals to recover and preserve the traditional music and way of life. It obtained the Canary Award for Popular Culture in 2012. 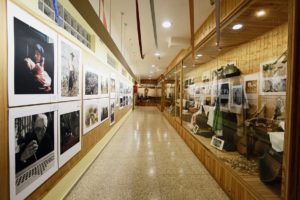 The Church of Our Lady of Good Voyage

The Church of Our Lady of Good Voyage appears in documents from the 16th century. It is a modest building that houses interesting examples of Canary art. 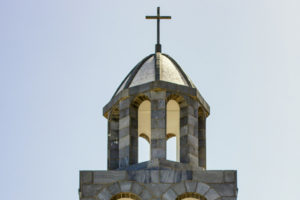 The Quarters of Icod El Alto

In the 18th century Icod el Alto was divided into quarters and by the 20th century seven such quarters are counted. They are subdivisions of the town centre that remain even today. 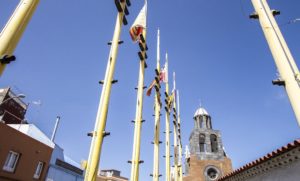 There used to be a tradition in the El Lance hamlet whereby a conch (the shell of a sea snail that the native Canarians used during their festivities) was blown every time it was known that an unmarried woman had become pregnant. 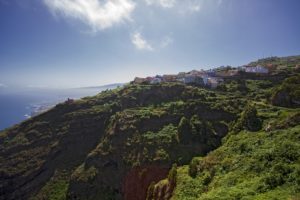 The monumental bronze statue of Mencey Bentor, made by Carmen Luís León (1996), is situated at the outlook of El Lance at the spot where according to legend the chieftain jumped off the cliff in consequence of the last events prior to the island’s conquest. 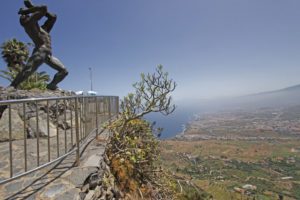 The trail of Las Vueltas is an old road from aboriginal times that connected the Guanche principalities of of Icode and Taoro. Until well into the 20th century it was the only connection between Icod el Alto and Los Realejos. 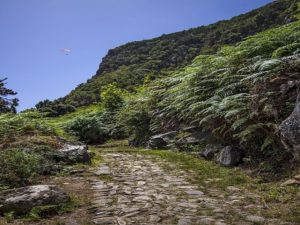 The estate of Los Príncipes belonged to the Adelantado’s fourth niece, Doña Porcia Magdalena Fernández de Lugo, wife of Don Antonio Luís de Leyva, thrid prince of Asculi and marquis of Atela. The first sugar mill of Tenerife was situated here and it was declared cultural heritage in the monuments category in 2009. 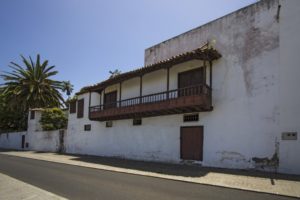 The Oldest Stone Stairs of Tenerife

The church of Our Lady of the Immaculate Conception was declared cultural heritage in the monuments category in 2003. Next to it, facing the Domínguez Alfonso square is the island’s oldest stone stairs (1570). 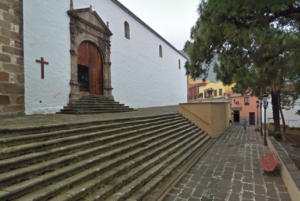 Shrine of Our Lady of Mount Carmel

On the 50th anniversary of its blessing and opening for service the church of Our Lady of Mount Carmel becomes the second shrine on the island of Tenerife, next to the Royal Shrine of Christ of La Laguna. 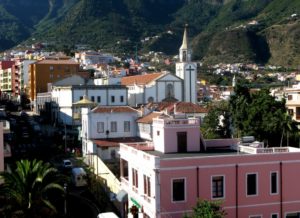 In the Barranco de Ruíz ravine the capable observer will be able to spot all birds of prey that live on Tenerife, with the only exception of the osprey. This includes the diurnal species (common buzzard, sparrowhawk, kestrel and Barbary falcon) as well as nocturnal ones (barn owl and long-eared owl).
Several types of vegetation, from different altitudinal zones, especially laurel forest and thermophile thicket, overlap here making this natural depression an enclave for various species of Tenerife’s endemic land snails. Walking through the ravine during the flowering period of Canary bellflower and Canary foxglove – both of which are exclusive to the Canary Islands – we may have the opportunity to observe how small birds, among them leaf warblers and African blue tits, visit these flowers seeking the nutritious nectar. This is a mutually beneficial relationship: The birds obtain food and in exchange transport these plants’ pollen that sticks to the feathers of their heard to the pistils of other flowers in the vicinity. Compared to a few decades ago, the presence of the two great Canarian endemic pigeons, Bolle’s pigeon and the laurel pigeon, seems to have increased. If you watch carefully you will be able to observe their energetic wing stroke or see them in flight. The wooded part contains trees such as pleiomeris canariensis and stinkwood, but also many plants normally found at different altitudes, which are remarkable because of their rareness in this area. These are, among others, the wild tea plant and the pretty tree limonium. 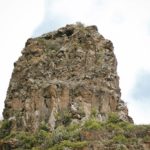 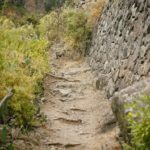 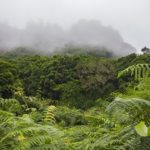 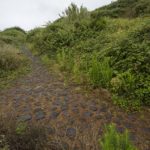 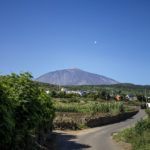 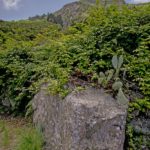 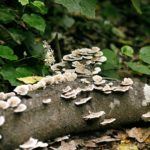 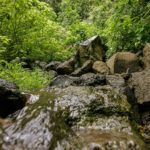 Video of the route