Built on the site of the old Augustine convent of Saint Andrew and Saint Monica, following a fire that destroyed it in 1952, the present building was designed by Tomás Machado in 1954 and inaugurated in 1965.

The church is located in San Agustín square and covers an area of 800 square metres, which was the size of the Augustinian recollects convent. However, it had to be built some 50 metres from the façade of the old chapel, given the design of the square.

The structure of the church is that of a hall church with an apse and a façade adjoining the main nave of the building. The nave is accessed through small stands with a two-storey colonnade, which may give the impression of a three-nave structure, although they’re mere side aisles. A huge semicircular arch frames the two-level presbytery; the main altar is located on the first level, whereas the Virgin’s niche is placed on the second. The gypsum roof was made in Mudejar-style with crosspieces in the shape of troughs.

Classic lines and the gate to the old convent made by Diego de Miranda can be seen on the outside; on the inside, the church presents a wide open space design with a choir in one of the upper aisles and an arcade in the lower part. The image of Our Lady of Mount Carmel with its stunning face is attributed to the Genoese sculptor Anton Maria Maragliano (circa 1726). The sculpture of the Divine Infant is also a highlight of the church’s imagery. 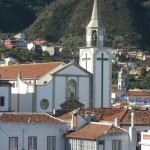 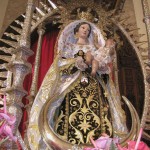 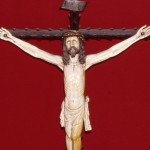 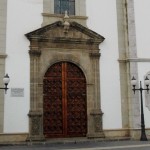 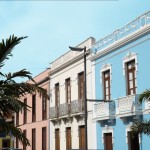 Due to the town’s adoration for Our Lady of Mount Carmel, the virgin became the Patron of the Valley of La Orotava. Moreover, the building houses some other works donated by the town’s Augustine foundations, such as the sculpture of Saint Andrew, which was the work of artist Lázaro González de Ocampo (circa 1706), the Lord of the Orchard (18th century) or the magnificent marble Christ, brought from Madrid in 1701.

The church of Our Lady of Mount Carmel, its square and estate, were declared a Cultural Heritage Site, under the category of ‘Monument’, in 2008.

In San Agustín square there are two adjoining buildings, separated from the church by a small alley: the Teatro-Cine Realejos [theatre and cinema building], which dates back to 1928, and the Telefónica building. The square stretches from the façade of the church down to the streets of La Alhóndiga and San Agustín. Some stairs, several flower beds and a corbel lay around the square.

During the festivities of the 50th anniversary of the blessing and opening for worship of the church of Our Lady of Mount Carmel (Virgen del Carmen), which took place on July 25, 2015, it was made the island’s second sanctuary, next to the existing Royal Sanctuary of Christ of La Laguna.