All of the natural spaces in Los Realejos are connected to each other and also to the residential areas, through a network of old roads and trails so that it is possible to get practically anywhere in the municipality on foot.

From the coast up to the summit, the hiker will find a multitude of views and panoramic
scenery which will also allow them to observe plant and animal life, some of it rare or even
endangered, and which thanks to the protection offered by the landscapes of Los Realejos
has a future here.

The best way to get to know the municipality is to use these trails and to interact with the
local population and so learn the customs, stories and legends that fill this place with magic.3 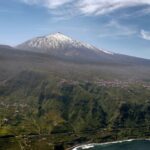 Reaching the summit of the Atlantic giant is a huge challenge. But it only finishes once you have returned to sea level again. As those who love mountaineering say: “you’ve only finished the climb once you’ve come back down again.” The powers of evil, a kind of netherworld, which they greatly feared, lay hidden in […] 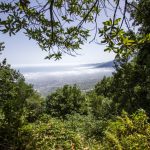 Important points of reference are the municipal Office of Tourism and the church of the Apostle St. james, which was the first Christian church on the island. On the other side of the road is the old town hall, built by Juan Margarit Serradel in the seventies of the past century and which currently holds […] 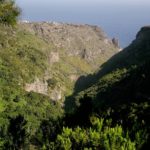 The scientific and conservationist interest of the area arises due to the natural elements and varied vegetation present here in form of laurel forest and thermophile forest, and also due to the rock-dwelling communities that still remain here. With this trail we want to connect this emblematic site of the natural environment of Los Realejos […] 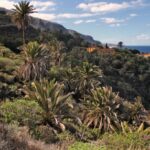 Now, most of the expanse of the nature reserve of the Rambla de Castro with its different enclaves, can be visited on foot, and the beauty of the municipality of Los Realejos’ coast with its sand and pebble beaches, bays and natural pools can be appreciated. All this within the protection of the reserve that […]
Gestionar el Consentimiento de las Cookies
Utilizamos cookies para optimizar nuestro sitio web y nuestro servicio.
Manage options Manage services Manage vendors Read more about these purposes
Ver preferencias
{title} {title} {title}