Teide National Park is the best example of a high mountain volcanic ecosystem in the Canary Islands and brings visitors a chance to marvel at a unique landscape.

It houses one of the largest complexes of active volcanoes in the world. It’s also one of the most accessible and thoroughly studied, as well as a spectacular destination for geotourism with worldwide recognition.

Teide National Park has been declared a Site of Scientific Interest, an Area of Environmental Sensitivty, a Special Protection Area for Birds and a World Heritage Site by UNESCO in 2007. It was also awarded the European Diploma by the Council of Europe in 1989.

As regards geomorphology, the structure of the caldera and the large Teide-Pico Viejo stratovolcano have been recognised internationally, but other elements in the shape of peaks, volcanic caves, domes, etc., increase its scientific interest and its beauty.

In terms of biological wealth, we have to mention the high percentage of endemic plant species found in the area, as well as the great variety of unique invertebrate fauna. 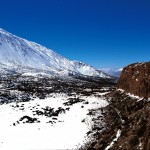 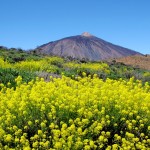 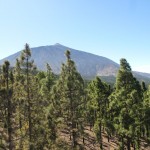 The National Park also includes underground endangered habitats, which, given its altitude and location, are affected to different extents by snowfall on a yearly basis. This phenomenon contributes to the preservation of essential environmental processes, such as aquifer recharge. The park’s overwhelming landscape makes it one of the most important tourist attractions for visitors in the Canary Islands and has become the most frequently visited National Park in Europe.

The last important eruption within the limits of the National Park occurred in 1798 and formed a structure known as ‘Narices del Teide’ [Teide’s Nose]. For three months, about 12 million cubic metres of lava streamed from a crack on the northeast-southwest hills of Pico Viejo volcano, also known as ‘Montaña Chahorra’ [Chahorra Mountain]. This apparently sleeping volcano still commands respect with its imposing appearance.